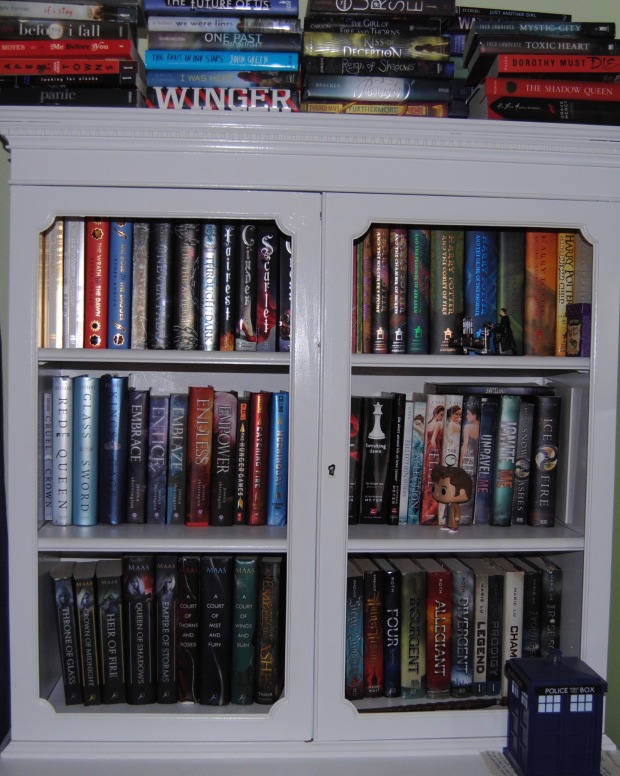 As many of you know, I’m a librarian. And although I spent most of my career in Special Libraries (media business, chemical research, and document archives), I’m a huge proponent of getting kids to read. Twice a year, my reading army (made up of 9-18 year olds) helps me compile a middle grade and young adult book list.

This isn’t a bestseller list, or a new release list. It’s a cumulative record of all of the books the kids (boys and girls) in my Reading Army have loved, kept, shared, and even sleep with. This bi-annual compilation offers a cross-section of genres for teens and tweens. There were a lot of new YA Fantasy, Science Fiction, and Realistic Fiction books released this past year. I’ve also added some new Middle Grade Action/Adventure and Non-fiction stories. There are books on the list for all readers!

This year, I published the 2018 Mid-Winter Middle Grade and Young Adult Book List in February. A few weeks ago the Rita Awards, sponsored by the Romance Writers of America, were announced and four of the books on the reading list have been nominated in the Young Adult category. And two of those have also been nominated for Best First Book!

So although it’s April, I’m reposting the link to my downloadable 2018 Mid-Winter Middle Grade and Young Adult Book List. And below are highlights of the four nominated books. 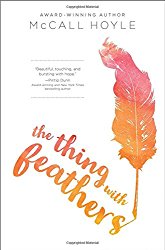 Emilie Day believes in playing it safe: she’s homeschooled, her best friend is her seizure dog, and she’s probably the only girl on the Outer Banks of North Carolina who can’t swim.

Then Emilie’s mom enrolls her in public school, and Emilie goes from studying at home in her pj’s to halls full of strangers. To make matters worse, Emilie is paired with starting point guard Chatham York for a major research project on Emily Dickinson. She should be ecstatic when Chatham shows interest, but she has a problem. She hasn’t told anyone about her epilepsy.

Emilie lives in fear her recently adjusted meds will fail and she’ll seize at school. Eventually, the worst happens, and she must decide whether to withdraw to safety or follow a dead poet’s advice and “dwell in possibility.”

The third book in the New York Times bestselling and RITA(r)-award-winning Forget Tomorrow series is a thrilling conclusion to an epic trilogy.

Seventeen-year-old Olivia Dresden is a precognitive. Since different versions of people’s futures flicker before her eyes, she doesn’t have to believe in human decency. She can see the way for everyone to be their best self-if only they would make the right decisions. No one is more conflicted than her mother, and Olivia can only watch as Chairwoman Dresden chooses the dark, destructive course every time. Yet Olivia remains fiercely loyal to the woman her mother could be.

But when the chairwoman captures Ryder Russell, the striking and strong-willed boy from the rebel Underground, Olivia sees a vision of her own imminent death…at Ryder’s hand. Despite her bleak fate, she rescues Ryder and flees with him, drawing her mother’s fury and sparking a romance as doomed as Olivia herself. As the full extent of Chairwoman Dresden’s gruesome plan is revealed, Olivia must find the courage to live in the present-and stop her mother before she destroys the world. 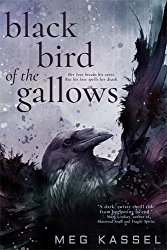 A simple but forgotten truth: Where harbingers of death appear, the morgues will soon be full.

Angie Dovage can tell there’s more to Reece Fernandez than just the tall, brooding athlete who has her classmates swooning, but she can’t imagine his presence signals a tragedy that will devastate her small town. When something supernatural tries to attack her, Angie is thrown into a battle between good and evil she never saw coming. Right in the center of it is Reece―and he’s not human.

What’s more, she knows something most don’t. That the secrets her town holds could kill them all. But that’s only half as dangerous as falling in love with a harbinger of death.

Juliet Young always writes letters to her mother, a world-traveling photojournalist. Even after her mother’s death, she leaves letters at her grave. It’s the only way Juliet can cope.

Declan Murphy isn’t the sort of guy you want to cross. In the midst of his court-ordered community service at the local cemetery, he’s trying to escape the demons of his past.

When Declan reads a haunting letter left beside a grave, he can’t resist writing back. Soon, he’s opening up to a perfect stranger, and their connection is immediate. But neither Declan nor Juliet knows that they’re not actually strangers. When life at school interferes with their secret life of letters, sparks will fly as Juliet and Declan discover truths that might tear them apart.

I want to thank my teen readers for their help and suggestions, as well as my blog readers who’ve made this now-fifty-page-list such a popular download. You are all awesome!

All covers and blurbs below are courtesy of Amazon.

Sharon Wray is a librarian who once studied dress design in the couture houses of Paris and now writes about the men in her Deadly Force romantic suspense series where ex-Green Berets and their smart, sexy heroines retell Shakespeare’s greatest love stories.

Her debut book EVERY DEEP DESIRE, a sexy, action-packed retelling of Romeo and Juliet, is about an ex-Green Beret determined to regain his honor, his freedom, and his wife.

Adding it to your Goodreads TBR list is also always appreciated!

You can find Sharon on: