Hi! It’s me again, back with more juicy information I picked up at the Writer’s Police Academy back in 2010. Last month you learned some

down-and-dirty facts about ARSON. Today (hope you haven’t eaten yet!) is FORENSICS, autopsies and the amazing amount of facts you can gather from a corpse.

This workshop was given by Jonathan Hayes, a fascinating, hilarious British Senior Forensic Pathologist in NY. Oh, and he happens to also be an author, the link takes you to his Amazon page.

Now, I’m going off 5-year-old, scribbled notes, here, (“what the heck is that word?!) so I hope I’ve done his workshop justice, because it was riveting!

The first thing he did was make sure we understood the difference between a Medical Examiner and a Coroner. An ME performs autopsies on suspicious, unnatural and violent deaths, meaning an extensive evaluation of injuries, and he issues a Death Certificate. A Coroner is an elected official with minimal training in medicine, forensics and death investigation. Hayes quipped that technically the job could be open to any politician or rural guy with a big enough truck to haul a body. (Did I mention he was funny?) A coroner can employ an ME, but for many rural budgets there’s a financial disincentive to do so.

Becoming an ME requires a 4-year medical degree, 3-4 years as a resident in pathology and a year of fellowship in an accredited program where you conduct a minimum of 250 autopsies- as many homicides as possible, and are encouraged to be present at as many crime scenes as possible to become expert in all areas: DNA, blood spatter, criminalistics, toxicology, etc. An ME is employed by the Department of Health, so technically there is no partnership with the police. PAY? $90K rural, $150K average and $250K or higher in affluent areas of America. (Statistic was given in 2010, folks!) There’s also the ability to do private consulting, such as being an expert witness for the defense.

Here were his death stats back then: 40% natural causes, 40% accidental, 10% suicide, (Called ‘Deliberate Self Murder’,) 5% homicide and 5% undetermined. Are you as surprised as I am? Based on local and national news I would have thought the figures went in the opposite direction. “Undetermined” death? Real bad for an insurance payout! Depending upon jurisdiction the police may decide not to call an ME. For example, a natural death will be sent straight to a funeral home. <–But we’ll forget about that here, because we’re talking forensics!

SO: a dead body is discovered, 911 is called. Let’s go through the steps, CSI watchers! The First Responder secures the scene, calls the ME and and does not touch the body. The ME arrives and his first priority becomes interpreting the many variables. The position of the body, where it is in the room (air conditioning, exposure to sunshine, etc.) Photographs are taken of all angles of the body and room. The ME will talk to the lead investigator, make notes on time, weather, witnesses, understanding the surroundings: such as visible objects on the body or clothing, objects in the room like a firearm or needles, to get a basic understanding of what happened. Then he turns the corpse over to see if there is anything underneath.

Next is discovering the time of death through 3 postmortem changes.

ALGOR MORTIS is the cooling of the body; a rectal thermometer is used. (Enjoying that English muffin?) During the first half-hour of death the body temperature will stay the same. It drops half a degree per hour.

LIVOR MORTIS is the settling of blood. It takes approximately 3-4 hours to see a color change, max settling occurs at 8-12 hours. LM is so obvious that it’s usually easy to tell if a body has been moved after death. And naturally, if the body ‘bleeds out’ there’s very little LM information. Discolored LM could mean cyanide or carbon monoxide poisoning.

RIGOR MORTIS is the stiffening of muscles. The earliest sign is goosebumps (tiny muscles pull the hair up.) The first detection of rigor is within 3-6 hours, Full rigor is 6-12 and rigor passes 18-36 hours later.

Put the three mortis measurements together, and time of death is roughly:

In the morgue the body is undressed and the surfaces of the body and clothing are scrutinized for trace evidence, even using light sources. A sexual assault kit is completed if needed. A full body MRI machine and/or X Ray will show bullets, fragments, the tip of a blade broken off, fractures, cardiac air embolism and perhaps identification if the body is decomposed or too badly burned in a fire. The body is weighed and measured, anything identifiable is recorded: injuries, surgical scars, tatts, endo-trach scar, etc. Eye color, condition of the mouth (natural teeth, any injury to the oral cavity…if you ever saw ‘Silence of the Lambs’…hello? A moth?) If there is anything positive that assists in telling a story about the death then pictures are taken, evidence is bagged and information is recorded.

I won’t go into the internal exam, even though I have about 10 pages of fascinating notes, but let me end with: the ME is so dedicated to ‘hearing’ what the corpse is trying to communicate that they can seek consultants like forensic anthropologists, forensic entomologists (insects and larva) and forensic botanists (plant growth in and around the body) to help create the most accurate summary of who this person was, how, when and where they died and hopefully- if necessary, who did it. FORENSICS was hands down my favorite session that entire weekend.

Jonathan Hayes’ FB page. He’s a hoot and brilliant–go ‘friend’ him. (And evidently he lives part of the year near my SWFL town!)

You guys were troopers to put up with this morbid post (pun intended,) so here is a gratuitous hottie. (Still not Jonathan Hayes.)

WANT TO LEARN MORE ABOUT THE SISTERHOOD OF SUSPENSE?

ALL IN ONE SPOT. COME JOIN OUR WRITERS’ AND READERS’ COMMUNITY.

WE GUARANTEE YOU A DEADLY CONNECTION. 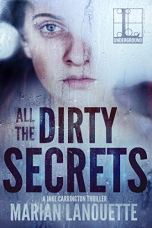